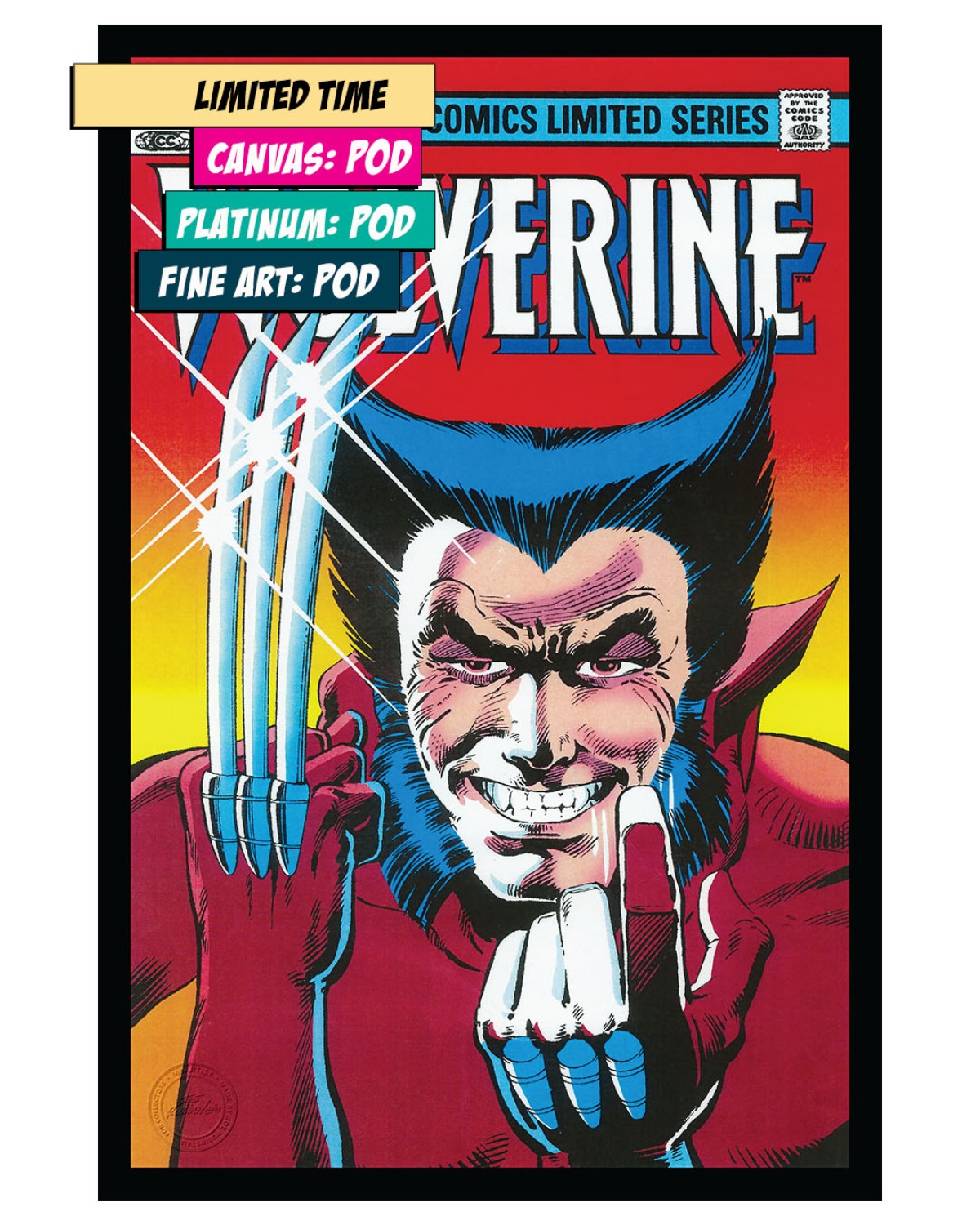 From the archive of Marvel and Hall of Fame artist Joe Rubinstein, a recreation of the classic Wolverine #1 comic book cover, honored as one of the best covers of all time..

First drawn for publication by Herb Trimpe, the character Wolverine later joined a refreshed X-Men team, where writer Chris Claremont and artist-writer John Byrne expanded on the character's development. Artist Frank Miller collaborated with Claremont and helped revise the character with a four-part limited series from September to December 1982, inked by hall of fame artist Joe Rubinstein. The Wolverine mini-series, and in particular the cover of issue #1, is one of Joe’s most recognized works.

“This is the most popular cover I am affiliated with, and it’s been honored as one of the best covers of all time. Funny story, the original published cover was incorrectly colored. The lighting was meant to be on both sides of his face, and the published cover only had it on one. That annoyed me for years, so in recreations I have fixed it the way it was meant to be.” - Joe Rubinstein

Josef ""Joe"" Rubinstein, born in Germany 1958 is a Hall of Fame comic book artist whose storied career spans more than four decades with notable credits that include the acclaimed 1982 Wolverine mini-series, the Infinity Gauntlet series and The Official Handbook of the Marvel Universe. Joe is known to be the artist to have given artist Art Adams (the Uncanny X-Men) his first professional work and nurtured the careers of Kyle Baker (Plastic Man), Jose Marzan, Jr. (The Flash) and Dale Keown (The Incredible Hulk). Joe’s record-setting post on Marvel Comics' saw him ink more pencillers than any other inker in history (and more than 2,500 comic books). He currently enjoys exploring painting techniques and creating portraits.