CHAMBER OF CHILLS 18: BARBERSHOP OF HORROR 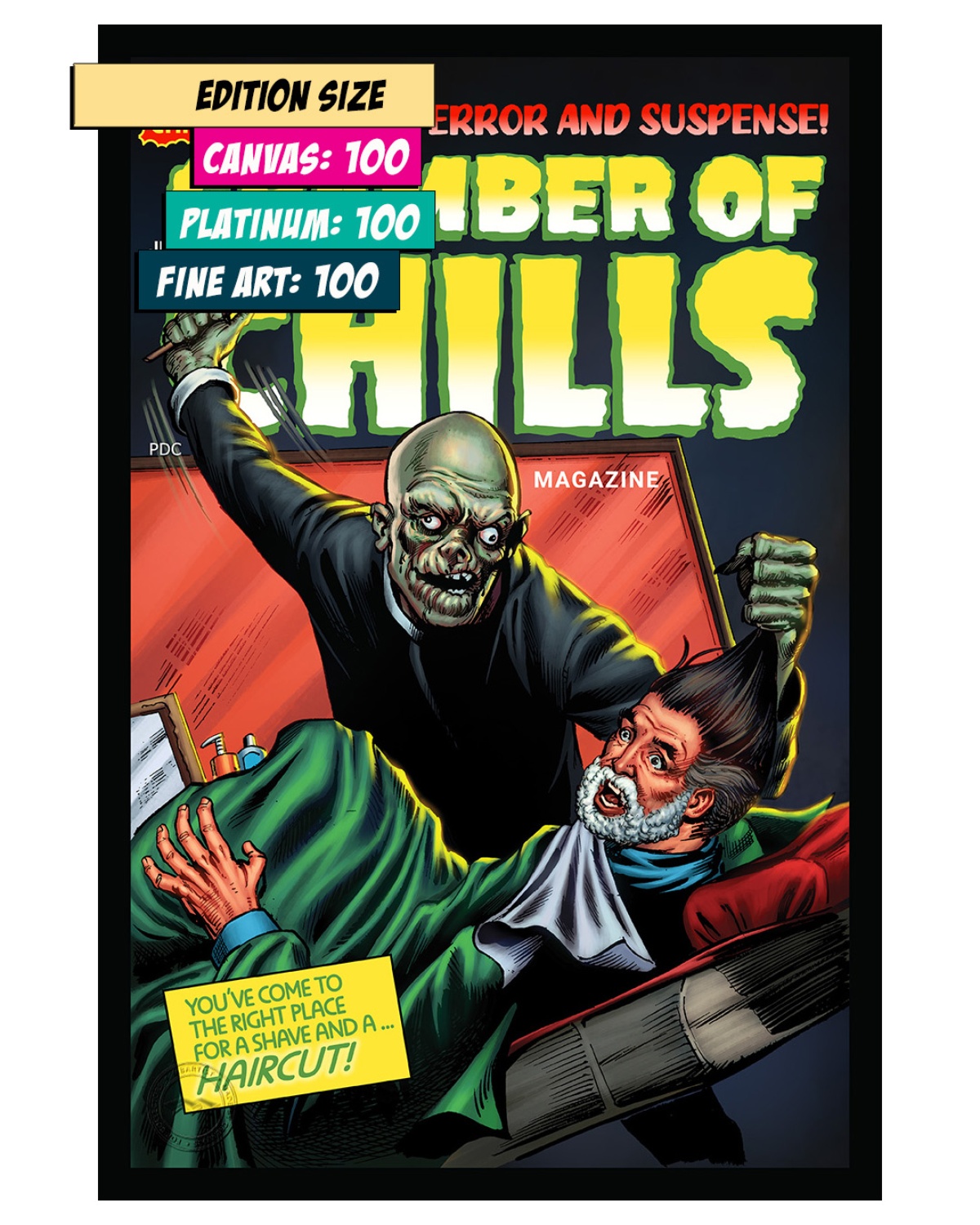 A reimagining of the Golden Age classic comics cover CHAMBER OF CHILLS  #18 by ‘Wolverine’ and ‘Thanos’ Marvel and Hall of Fame artist Joe Rubinstein.

One of the original horror comic books, “Chamber of Chills” was first published by Harvey Publications in 1951, and ceased publication following the Senate Subcommittee on Juvenile Delinquency hearings of 1954 (United States). An unrelated series of the same name was published by Marvel Comics in the 1970s.

The series of stories were horror-suspense thrillers, featuring monsters, the undead and darker tales of science fiction. Issue #18 was released in 1953, with cover pencils and inks by Lee Elias. The cover featured a gruesome monster of a man holding a straight blade and the hair of a terrified handsome man in a barber chair.

"Not many of us wander into a castle in Transylvania and encounter monsters. The horrifying element is the real shock when the real world surprises us out of nowhere. This poor guy is having a shave and suddenly looks up to realize his barber is a ghoul wielding a blade, intent on doing him harm. At that moment, it’s deer in the headlights.He’s not pulling himself together in time to survive this moment.” - Joe Rubinstein

Josef "Joe" Rubinstein, born in Germany 1958 is a Hall of Fame comic book artist whose storied career spans more than four decades with notable credits that include the acclaimed 1982 Wolverine mini-series, the Infinity Gauntlet series and The Official Handbook of the Marvel Universe. Joe is known to be the artist to have given artist Art Adams (the Uncanny X-Men) his first professional work and nurtured the careers of Kyle Baker (Plastic Man), Jose Marzan, Jr. (The Flash) and Dale Keown (The Incredible Hulk). Joe’s record-setting post on Marvel Comics' saw him ink more pencillers than any other inker in history (and more than 2,500 comic books). He currently enjoys exploring painting techniques and creating portraits.